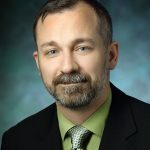 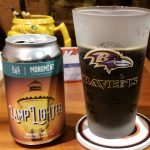 Today the lawyers are joined by Frederick S. Barrett, Ph.D.  Fred is way, way out of the lawyers league, and hopefully the guys will be able to keep up.  Here’s a snippet of his bio:

Frederick Barrett is a cognitive neuroscientist with training in behavioral pharmacology. He uses music and pharmacological interventions, along with behavioral measures, computerized testing, and brain imaging techniques, to explore the neural basis of emotional functioning and altered states of consciousness. His research focuses on the acute and long-term effects of psychedelics on cognition, emotion, and brain function. He received an NIH “R03” grant as Principal Investigator to investigate biological mechanisms of psilocybin effects, the first federally funded research since the 1970s administering a classic psychedelic to people with psychedelic effects as the primary focus.

For this first episode we’re going to chat primarily about his research, the tangled web of rules, regulations, and laws that he and his colleagues follow to obtain and use psychedelics to research their interactions with the human brain and potential breakthroughs in all sorts of psychological disorders such as Depression, PTSD, addictions, anxiety, and smoking cessation. Fred’s got an upcoming TEDMed talk that was just announced when he’ll be chatting about his research in Boston.  Look for it if you’re into TED talks!

You can read some of Fred’s research at these links:

Lawyers on the Rocks features Jeremy Eldridge, Kurt Nachtman and Adam Crandell. This triumvirate of lawyers will give you their unsolicited opinion on everything legal and illegal, while enjoying a handcrafted cocktail. Lawyers on the Rocks is sponsored by the Law Office of Eldridge, Nachtman & Crandell, LLC and produced Gideon of Up Next Creative, LLC.